Michael is an intuitive writer, international speaker and pilot. His aviation career spanned more than 40 years culminated by flying as a 747 Captain for a decade. The Quantum Children, released in October of 2016, is his second book.

Michael grew up in Atlanta Georgia. He loved all sports. During his early years he played everything you could imagine – football, baseball, swimming, tennis and golf. This pattern continued through high school and college. He played 3 sports at a very high level in high school and 2 at the collegiate level. At the same time he excelled academically. With a 3.7 GPA he was recruited by Duke, Dartmouth and Cornell.

Interestingly, another offer came his way which changed his course away from athletics. He was offered an Air Force ROTC scholarship as a pilot. This was the first step in what was to become a forty plus year career as a pilot. He wound up attending Duke and graduated with honors in mathematics and psychology in 1976. 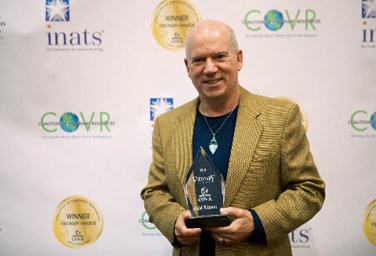 Career as a pilot

Michael’s career as a pilot was a very important part of his soul’s path for this lifetime. For most of the things that he was going to do he needed to be able to travel seamlessly. As a consequence this career path kept reopening for him even though some blockages occurred in the early going. In total, Michael flew for the Air Force and Air National Guard for 15 years and for United Airlines for 30 years. For more than 20 years he flew internationally. His last 10 years at United were as a 747 Captain.

On the metaphysical side

Michael, first and foremost, is an Earth Keeper. For two hundred and fifty thousand years he has had lifetimes on Earth where he has been in some form of service for our Earth Mother. Earth Keepers have a very unique connection with the Earth. They literally have part of the Earth’s grid residing within their own and there aren’t very many of them. Currently there are only about 3,000 of them on Earth at this time. His first book, Clear Crystal Visions, was released in New Zealand and Australia in 2005 and was about working with the subtle energies of the Earth.

As a healer, Michael has studied many different modalities, but it is when he is working to heal or clear large areas of the Earth that he truly is in his element. Just flying a normal international trip allowed his energy to work with the Earth’s grid for thousands of miles.

More specifically, you may remember the tsunami that hit Bangkok in 2003. It was shortly after, that Michael magically found himself flying a United trip over there. The interesting part of this was that Michael was flying out of Los Angeles at the time and this particular trip was flown out of Chicago. Because Los Angeles was such a small domicile for the 747 its pilots were almost never assigned trips from other domiciles and yet here he was being called out to fly this particular trip allowing him to get very close to the area without having to plan a single part of the trip.

During the time frame of 9/11 he was flying the 757 out of Denver. His normal routes were the transcontinental flights that were affected by the events of that day. Instead of being caught up in all of the drama and trauma, he was in Brazil buying crystals for his import business. When his business was concluded he shipped the $30,000 worth of healing crystals to Denver via Long Beach, California. Three weeks later, when he checked the tracking of his shipment, he found that they had been sitting at port in New York City and were finally going to be released and sent to Denver the next day. Now I don’t know about you, but I’m pretty sure that New York City isn’t normally a standard stop over for shipments going to California. Our friends on the spirit side can do some amazing things when they want to.

Connection with Mother Mary and Jeshua

Michael has always been fascinated with past lives and the workings of the Akashic records. He has studied them for almost 20 years. His lifetimes as an Essene had always registered for him very strongly but it wasn’t until he read Clair Heartsong’s book, Anna: Grandmother of Jesus that he knew that he had to look more deeply in this area. His intuition was correct. It turned out that the records showed that he was Anna’s brother Luke. This made him Mother Mary’s uncle and Jeshua’s great uncle. He also had another lifetime as a female cousin of Jeshua’s.

When he started receiving different pieces of information about the new children, which eventually turned into The Quantum Children, it was Mother Mary’s energy that was always at the forefront. You see, she resides at the head of the light council that supports and aids all of the children.

Michael has a Master’s in Mind Based Medicine and Hypnotherapy from Quantum University in Hawaii. He also has studied extensively with Dolores Cannon. For those of you unfamiliar with Dolores, she pioneered a style of hypnotherapy where the client would be connected to their superconscious. This level of consciousness knows everything about us, so whether it is healing or information that an individual is seeking the results can be amazing.

Michael has extended Dolores work to include children, and in the cases when the children are too young, to be able to use a parent as a surrogate. It is a wonderful tool that a parent can use to help in all kinds of situations. For more information about these services, please click here.

Michael currently lives in Denver, Colorado with his wife Allyn. He continues to fly and write.
Volume two of The Quantum Children Book series is currently in the making.